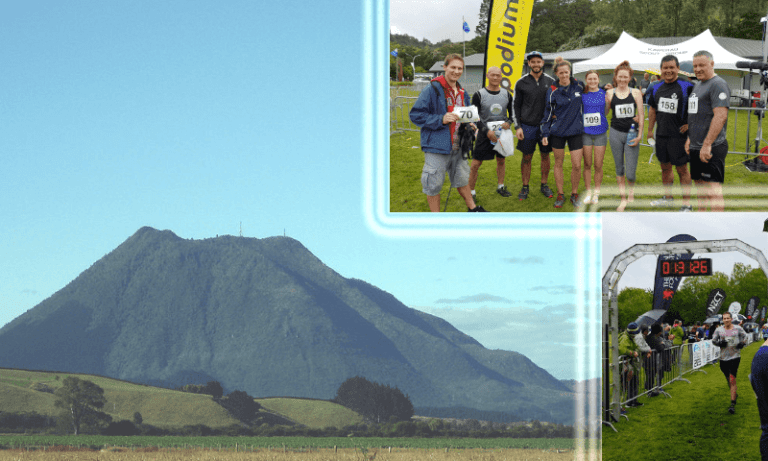 More than just a race – Climbing our great maunga…Putauaki

On the back doorstep of our Kawerau site and with an elevation of 820m, lies Mount Putauaki (or Mount Edgecumbe) – a volcano which became dormant about 1000 years ago.

It’s no wonder that one of the many translations of the name Putauaki is: Pu – mound    auaki – higher than most

Some people may say that it doesn’t look very high, but a few of the Sequal team set about taking it on and ‘giving more’ than their all as part of the 61st Kawerau King of the Mountain Race last weekend. We know now that it’s a lot higher than first thought!

The challenge was laid down in advance… $100 for any member of our team who turned up and completed the race up and down the mountain before the big wig did – say no more, he’s had to fork out a fair bit!

The Sequal team showed grit and determination in exercising one of our core values – ‘Never Quit’ (even though it may have felt like quitting was the only option at some points) – particularly our Head of Planning and Logistics, Peter Horcin, who was the first Sequalian past the post!

Hats off to all who took part – it’s certainly no mean feat! A special mention must go to the Kawerau District Council Events team for running yet another exceptionally well-oiled and seamless event.

It’s fair to say that if any of us are to ever to do it again, a little more training may be undertaken… and we’ll be sure to respect our maunga just that little bit more every single day!

Back
Previous Post
How our partners are helping us give more…
Next Post
Paddle as one… in a literal sense!
Menu
Open chat
Talk to us
Powered by
Hello ?
How can we help?