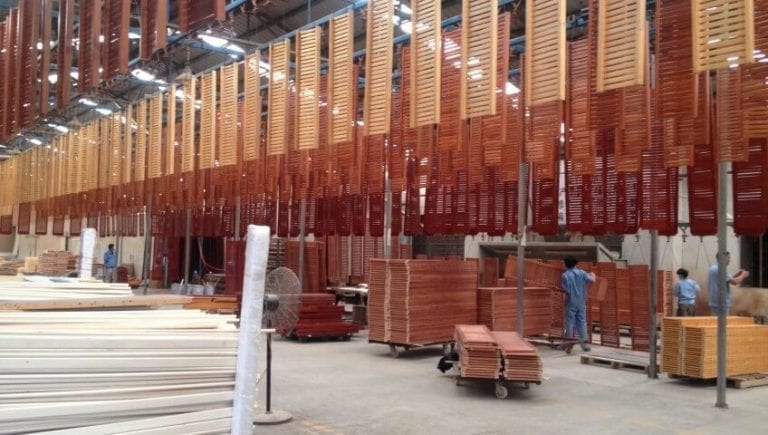 Radiation Pine, what China does with our pine

Have you ever wondered what China does with our pine? How they treat it,  what they make with it? Have you considered how much of our furniture comes from China? In this blog we’ll cover off why the Chinese love our New Zealand pine and what radiation has to do with it.

Google doesn’t exist in China, it’s outlawed. Instead they have their own search engine called Baidu. And it so happens that when someone in China searches on Baidu for New Zealand Radiata Pine, more often than not they search for Radiation Pine. This is because when Chinese are taught english they learn the word Radiate as the Verb and are taught +tion as the Noun. Few people know Radiata, so instead, when they think of describing pine they naturally think they need to use the noun of Radiate, which of course, is Radiation.

How is New Zealand Pine treated?

So we can confirm that the Chinese don’t actually require pine that has been radiated. In fact from the many furniture factories our company has visited in China, we know that no other treatment is needed for our pine. We export Kiln Dried New Zealand Radiata Pine. The Kiln Drying process ensures the lumber passes Chinese Phytosanitary requirements. From there, as long as the lumber is used for inside furniture, no other treatment is required. We do have customers who make outside products for the likes of Home Depot, the lumber for those products is H3 treated using the same chemicals and process that is used here in NZ.

Since 2011 when the Chinese governments current Five-Year Plan came into effect, wages have risen in 16 of 31 provinces in China, according to data in CBX Software’s Q2 Retail Sourcing Report. Average wages are expected to increase by around 10 percent this year (2015).

This is a great thing for the Chinese, but it is changing things. Some small factories are being forced to shut their doors and larger factories are automating.

Where automation has not yet occurred, the market is seeking more and more high-grade lumber that requires less labor to process. The problem with this trend is that there is limited supply of high-grade lumber, globally.

Why is this good for NZ Radiata Pine lumber supply?

Automation is very suitable to the furniture lumber we produce as it increases the utilisation of this mid grade product. New Zealand as a whole has an increasing capacity to supply furniture grade lumber. As such, automation will just make the choice of NZ pine a more and more common sense option for Chinese manufacturers. The shift to automation already appears to be having an impact on volume demand and this will be helpful to reduce lumber inventories and increase price.

Back
Previous Post
3 trends in China driving supply of New Zealand Radiata Pine
Next Post
Why Lean Manufacturers in China choose Sequal
Menu
Open chat
Talk to us
Powered by
Hello ?
How can we help?